Born Melbourne in June 1932, a second daughter for Walter and Violet Fox, Nola was only a few months old when Walter and Violet where called back to the drought-stricken family farm in Quambatook Victoria by Mrs Fox senior to help brother Albert Fox.

Nola’s education commenced at the local Quambatook school, at the age of 13 she was expelled from school through nonattendance, she was out on the machinery helping her father with the harvest. I never got the feeling that Nola was the slightest bit fazed about being expelled, she always described herself as being a ‘bit of a loner’ and always preferred farm life.

With the end of formal school, Nola decided to educate herself, her first quest was to teach herself French. I’m not sure that this first venture into self-education was quite the success that was anticipated.

Nola spent her life seeking and acquiring knowledge and with an excellent recall could only be described as a highly educated lady.

Horses were firmly on the radar at an early age, with Nola’s father having a few elderly draft horses on the property. Her first pony Snowy was offered to her along with ‘if you can catch him, you can have him’. I think it took a day of walking up and down a fallowed paddock, but Snowy did respond and went to live with the Fox family.

Later in life Nola was to breed a phenomenal group of Arabian horses known as Marbling Arabians, but we will leave that story for another page. At 14 along came a pair of jodhpurs and cowboy boots, according to Nola, her father wasn’t very pleased with his daughter wearing trousers and her mother was absolutely horrified as the young Nola refused to take the jodhpurs or boots off!

At the age of 16 Nola’s mother arranged for Nola to take up a position at Mrs Maclean’s Fenwick Stud. A lot of wonderful experiences were had during this time and the Arabian horse was firmly cemented in Nola’s heart and mind.

Western Australia…where the sun rises and sets back to front, Nola has a lot to absorb.

Observing and learning new weather patterns to maximize care and management of the farm’s livestock, there was no BOM radar in those days, cloud type, temperature, wind speed and direction where paramount to gaining knowledge.

WA has some of the world’s oldest soils, Nola was intently interested in these soils and observant of the land and its requirements for improvement. In the last months since Nola’s passing, I have spent a considerable amount of time driving round and viewing her farming property ‘La Sars’, I am in awe at her observations and consequent remedies for situations on the property, she truly was a Lady of the Land.

A special pastime of Nola’s was art, she collected and studied books on histories most noteworthy and commonplace artists. Her own ability to paint afforded her hours of pleasure.

Last mentioned but probably the most noteworthy of Nola’s life was her love of God, her constant quest for knowledge from the bible. Those closest to her know of some of the unfortunate times that fell on Nola, her belief in God Almighty gave her the strength to carry her through these times with dignity and poise. She always said she never did anything without God by her side.

Aspiring Arabian breeders study the writings of Lady Wentworth, Mrs Judith Forbis and other extremely successful breeders throughout the ages, but in this case, there is no book to read, in fact the stud is only known to some very intuitive breeders, competitors and admirers in Australia.

There has been no consistent and major advertising programs, only three extremely successful assaults on major national Arabian Shows in 40 years, this of course does not include the multitude of major wins in Western Australia across a large spectrum of equine disciplines.

Mrs Nola Cameron the founder & proprietor of Marbling Arabians bred Arabian derivatives in the 1960’s, it wasn’t until 1971 that she commenced with purebred purchases. The bay mare Brown Anne F67 was the first purchased at auction in March 1971. In May 1971 three 7-month-old fillies where acquired from Fenwick Stud in Victoria and then a further 2 fillies in November 1972. Brown Anne met an untimely death when sent out to stud.

Of the five fillies it was Regale F1145 (Fabulous x Renita) and Naiad F1348 (Sindh x Nejmet es Subh) who would establish the style of Arabian that would be bred at Marbling over the next decades and currently under the banner of Mattilda Arabian Australia. The two mares were sent to a little known but beautiful son of Silver Moonlight S138, Shermoon BS298.

Regale produced 2 fillies, Sarai F2319 and Princess Akarna F2684 and Naiad produced a magnificent son, Sim Hasana. Unfortunately, Sim Hasana’s life was cut short before the full impact of his beauty was established in the stud. However, there is one mare line carrying his genes still very much alive and well.

In September 1975 the Shermoon son Shahr Yagil S1810 was purchased, further cementing the Silver Fire influence within the stud. Shahr Yagil transmitted his wonderful movement almost without exception to his progeny. All five of the Fenwick fillies were bred successfully to Shahr Yagil, producing outstanding ridden and halter horses. The filly Naisha F3430 out of Naiad was retained at Marbling and went on to create her own dynasty.

In October 1980 Naasser S2137 the remarkable son of Naadirah F2242 imp and Mustafa S1583 imp came to Western Australia, Mrs Cameron first saw him at an open day, not long after she acquired a half share in him and in April 1986 purchased him outright. Naasser was the perfect outcross for the Shahr Yagil and Shermoon daughters, with one line to Skowronek.

Naasser was the last Arabian Mrs Cameron introduced into the stud, she used Naasser’s sons and daughters in an inspirational linebreeding program, producing horses of extreme beauty and athleticism. In 2009 I introduced the mature outcross Stallion Ralvon Pilot S15481, resulting in Marbling retaining three mares and one Stallion. 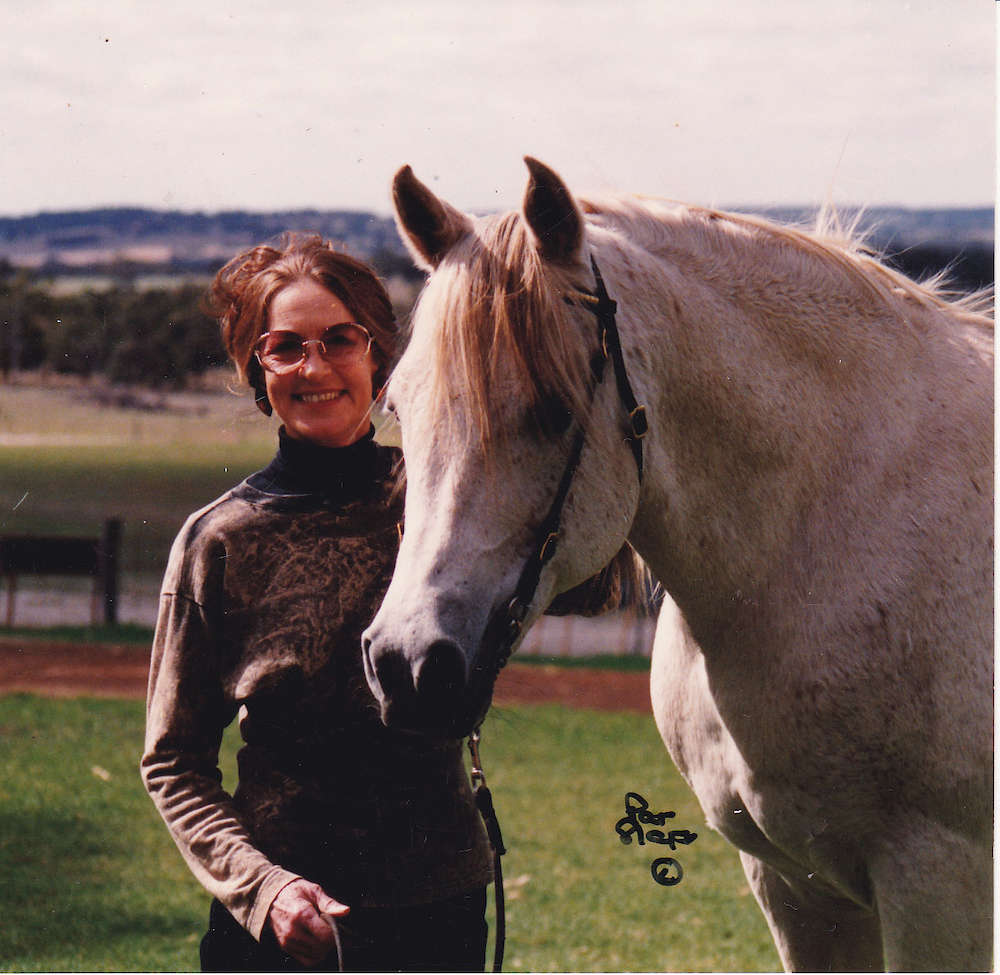 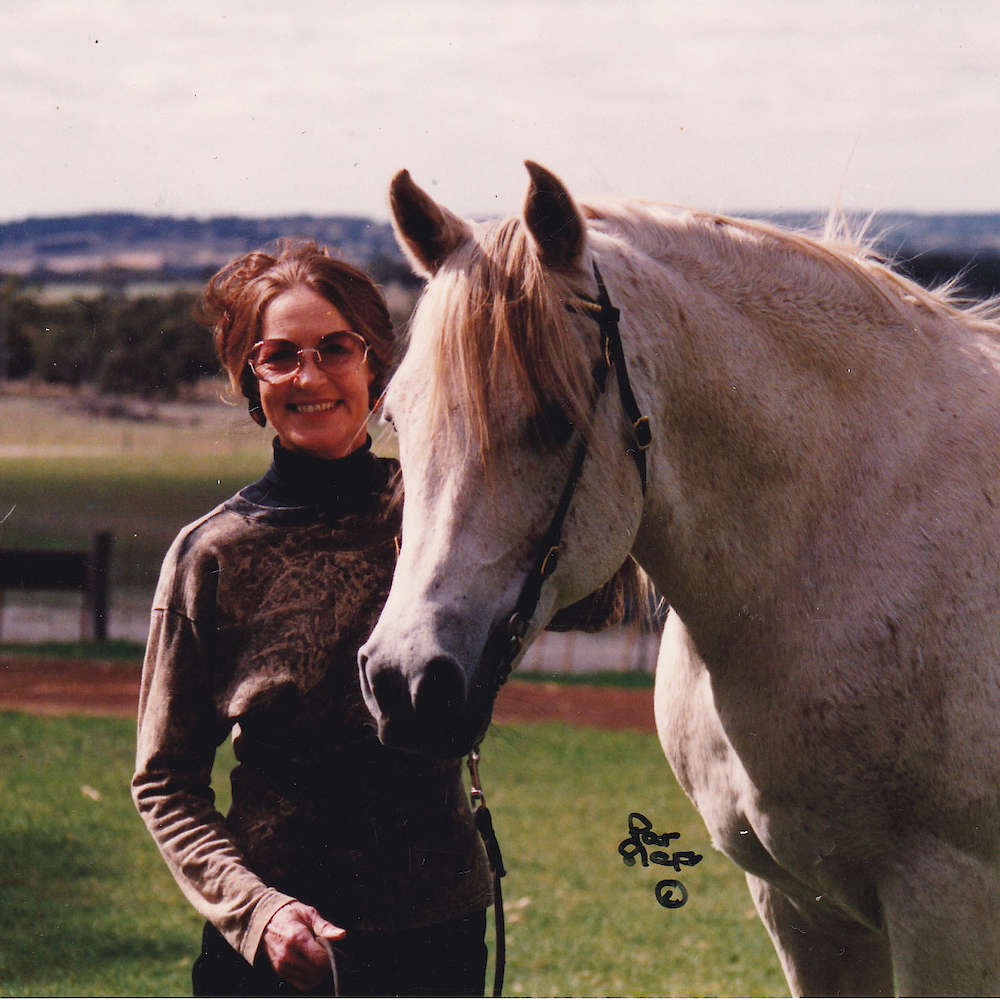 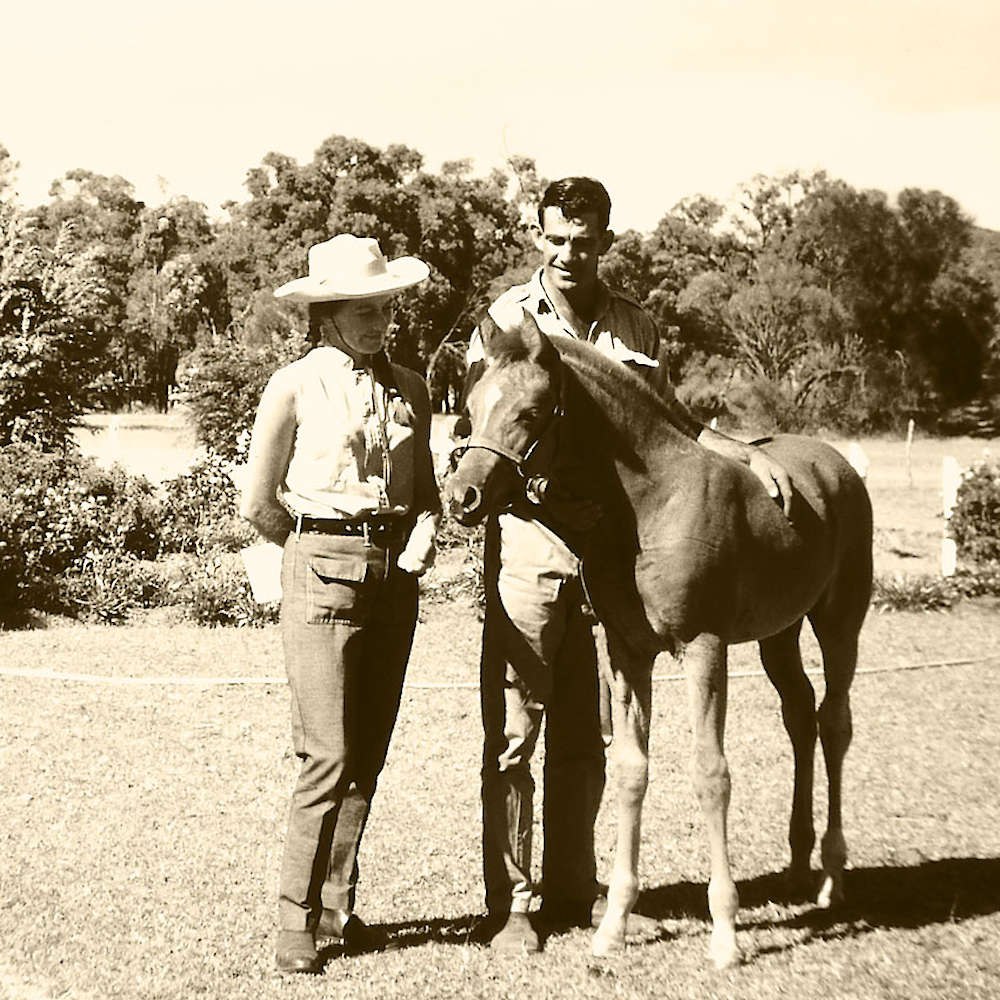 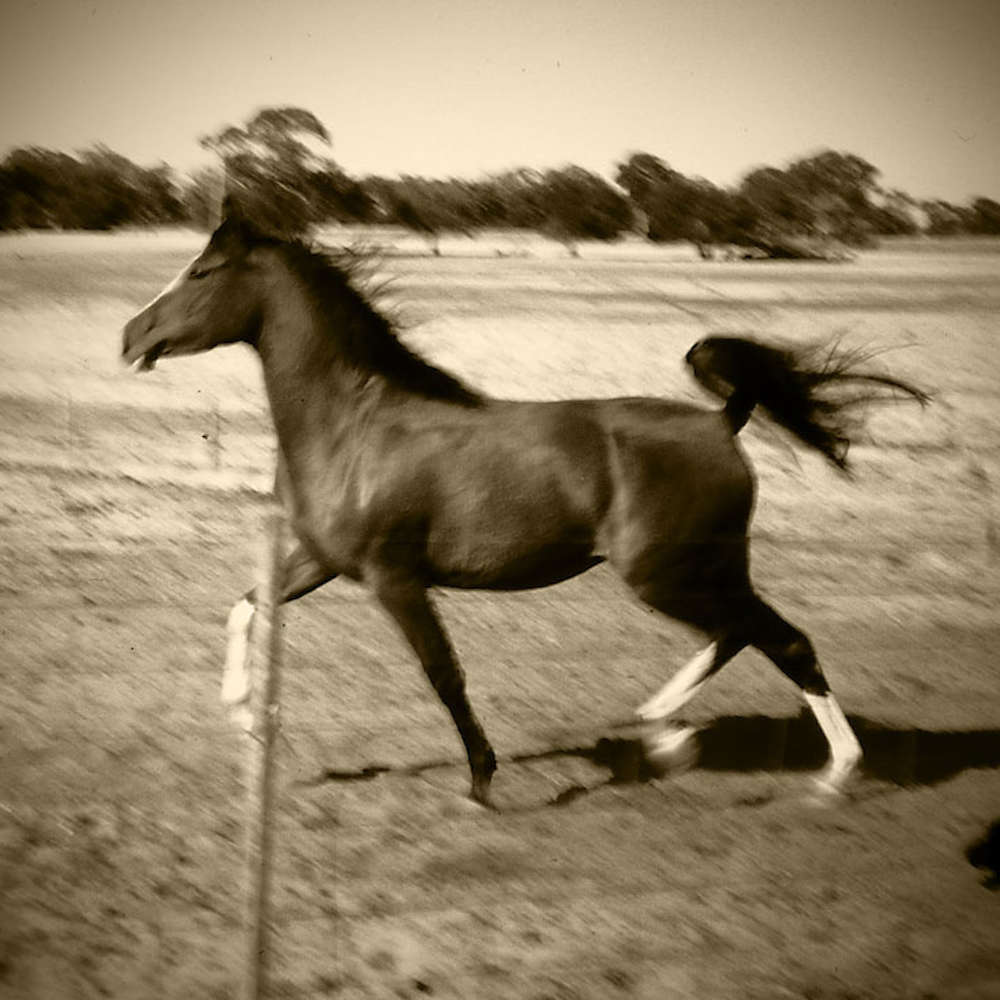 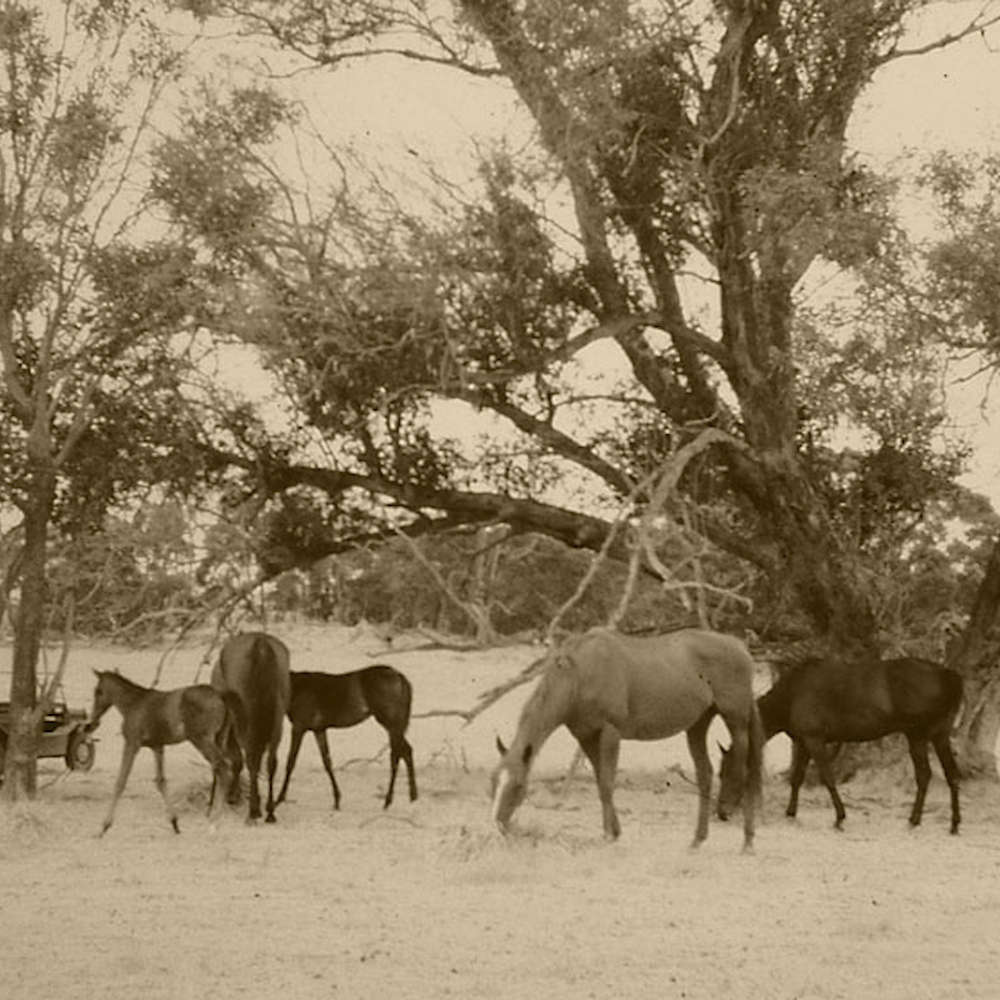 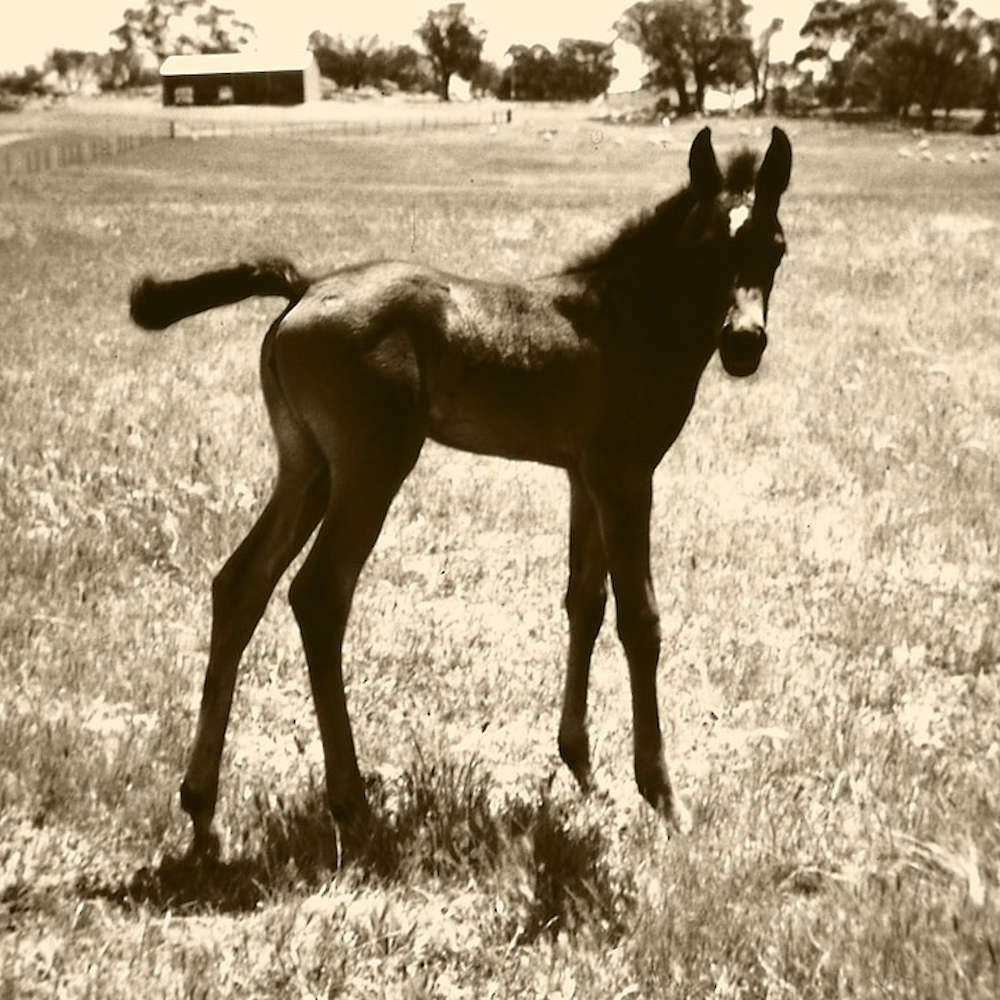 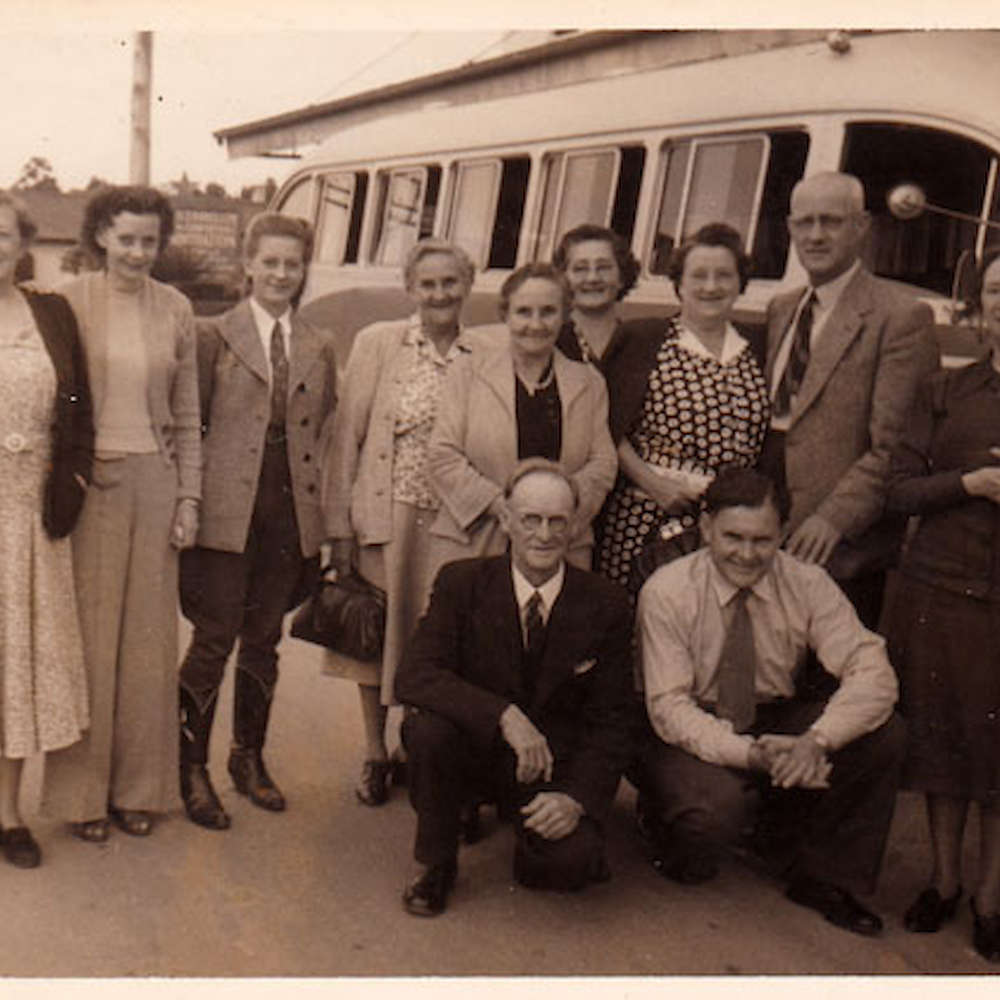 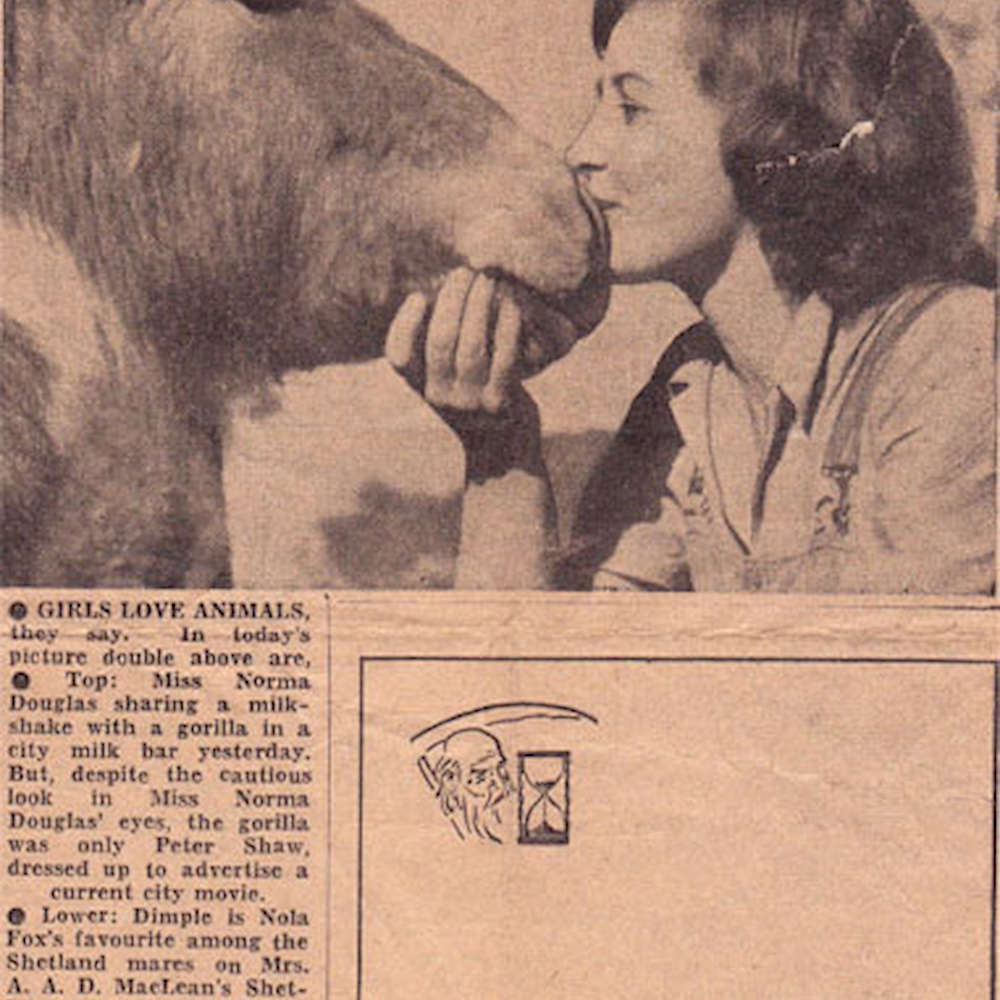 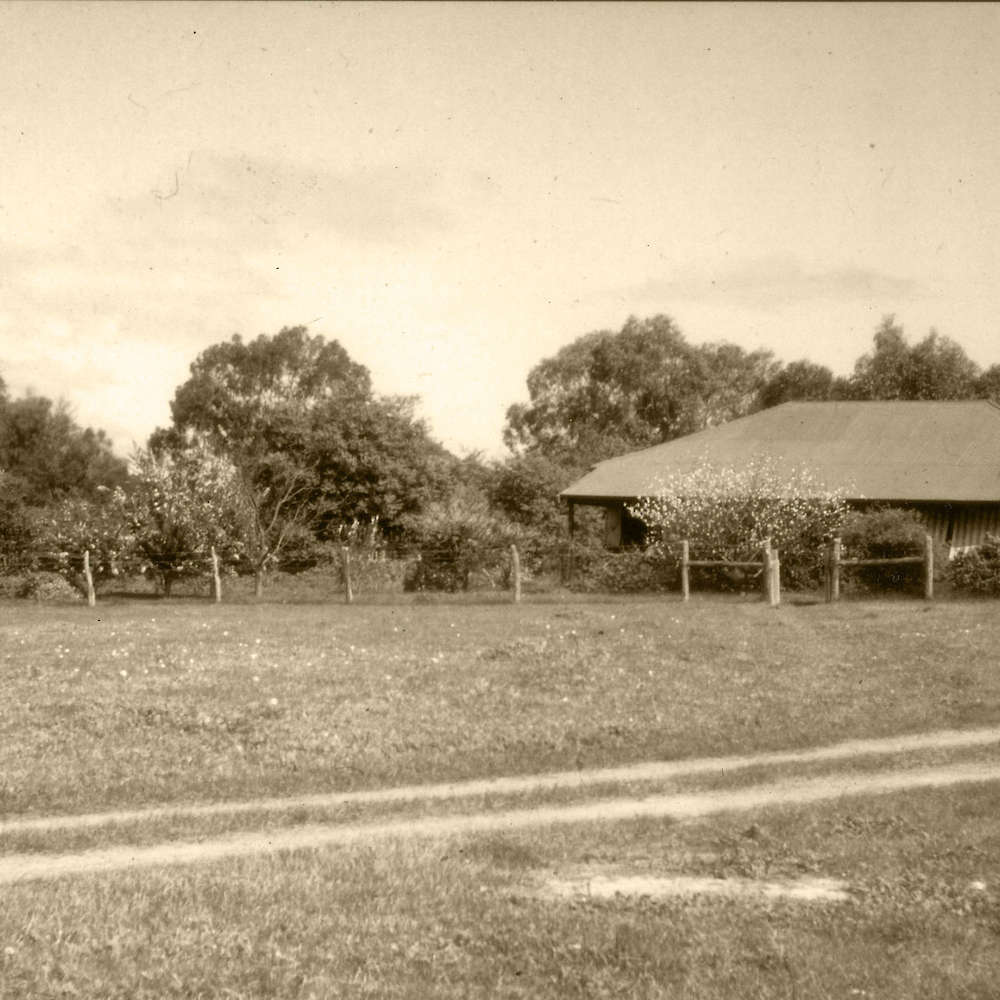